What Are the Stages of alcoholism?

Similar to other drugs, alcohol use has a strong effect on the brain. It can produce initial feelings of pleasure while blocking out negative ones, easily motivating someone to drink alcohol in repetition.

But what happens when the risks to physical and mental health appear and someone can not stop drinking? Are there stages of alcoholism?

Many people drink to cope with stress. Unfortunately, the relief from emotional discomfort alcohol gives is only temporary, and it only enhances the emotional states that are negative between sessions of alcohol consumption. This often causes a person to drink more, causing an unhealthy cycle of drinking.

When a person drinks alcohol frequently, they may develop a dependence on it. It can cause them to spend a lot of time thinking about acquiring alcohol or drinking it, and they may feel symptoms of withdrawal when alcohol is not available or they try to stop its use.

According to the National Institute on Drug Abuse, physical alcohol dependence is a part of addiction, but it is not synonymous with addiction. This means that a person can be physically dependent on alcohol without being psychologically dependent on it.

The area of the brain called the prefrontal cortex is compromised in those who suffer from alcohol addiction. This is the area that is responsible for executive function, meaning the ability to organize thoughts and activities, manage time, make decisions and prioritize tasks. Someone who suffers from alcohol addiction may consume it compulsively and lose control over the amount of alcohol intake. They will also experience a negative emotional state when alcohol is not available.

Excessive or frequent alcohol consumption is linked to many physical, mental, and social consequences. It can interfere with personal and professional relationships, while causing heart and liver diseases, placing people at higher risk for various types of cancers, and leading to accidents. Alcohol abuse may prompt aggression, violence, homicide, and suicide. 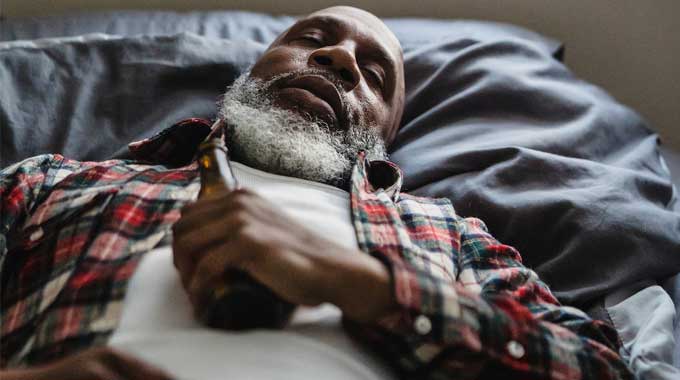 The National Institute on Alcohol Abuse and Alcoholism reports that around 15 million people had an Alcohol Use Disorder by 2019.

It can be a mild disorder, but it could also be more severe. An alcohol use disorder encompasses the conditions that some people refer to as alcohol dependence, alcohol abuse, or the demotic term, alcoholism.

Levels of Alcohol Use Disorders

To assess whether someone has an alcohol use disorder, health professionals use the Diagnostic and Statistical Manual of Mental Disorders, Fifth Edition. The severity of the disorder is diagnosed according to how many criteria someone meets and their symptoms.

The criteria for an alcohol use disorder are:

What Factors Cause a Risk for AUD?

Elements of home life can dispose children to alcohol abuse. These include seeing a parent abuse drugs or alcohol, exposure to a parent’s depression, and conflict or violence in the family.

Someone may also have an existing mental health disorder. They may graduate to frequent drinking from social drinking as they believe it relieves some of their symptoms.

Regardless of environmental or genetic factors, the number of drinks a person consumes in a given period of time is enough to put them at risk of developing an alcohol use disorder. 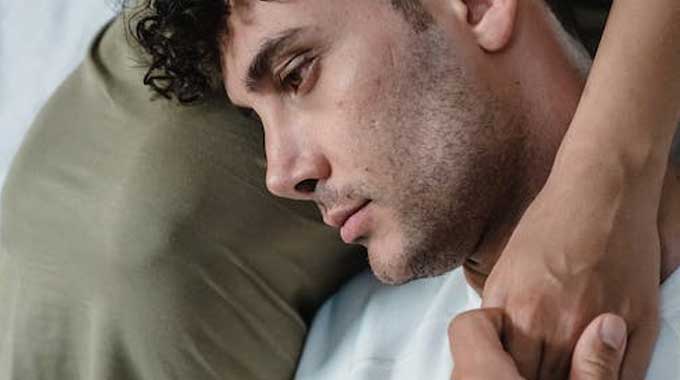 Typically, there are four stages of alcoholism. However, not every person who struggles with alcohol abuse or misuse will precisely fit into these stages.

Addiction can begin even before someone starts drinking. This is because there are genetic predispositions, perceptions, or attitudes that match those who suffer from addiction.

This stage is a formative one; people go in different directions in the pre-alcoholic stage. Ones who may begin using alcohol as a tool, such as a way to unwind after a long day, fall asleep or aid in socializing could go into the next stage. Ones who use alternatives to drinking may stay in the pre-alcoholic stage, or stay away from drinking completely.

Initial alcohol use in the early stage of addiction may be occasional. Here, a person may engage in binge drinking now and then, and alcohol use may not be a problem for a person or the ones close to them. Occasional consumption could cause difficulties the next day or while being under the influence, but a person is not necessarily addicted yet.

The first stage of alcoholism is also general experimentation with alcohol most commonly seen among young adults. A person may be new to various forms of alcohol and test their own limits.

The early stage is considered a transitional stage. It is here where a pattern of alcohol misuse starts its development, and someone may drink more regularly. Social gatherings may be used as an excuse to drink, or a person may have a drink to cope with hangover symptoms the next day.

Even though someone in the early stage may not be drinking every day or even every week, their drinking may be under the guise of having a good time or relaxing after a long week. Frequently drinking primes the mind and the body for the development of more serious issues with alcohol later on.

Someone rarely spends indefinite time in the early stage. Most often, they progress eventually.

A drinking problem becomes more serious in the middle stages of alcoholism. Here, alcohol use is related to dependency and negative consequences start to show.

Alcohol addiction in this stage may show in someone losing their job due to work absence, or relationship fights involving drinking may occur. A person may struggle with worsening relationships or experience changes in their behavior. Health impacts also start to show as the body changes. Stomach bloating, shaking and sweating, facial redness, and memory lapses may occur.

In this stage and family and friends will become aware of an issue. That is if a person has not already become highly adept at hiding their drinking or lying about it to others, or themselves. Often, this phase includes downplaying the amount a person drinks or explaining away drinking behavior.

A person may be drinking while they have to be responsible. This could be at work, while driving or while having to look after children. They may feel irritable, often pass out from alcohol, and realize they have built up a tolerance, which is when a person needs to drink more in order to achieve the same effect.

High-risk alcohol use starts to occur. This refers to excessive drinking and making poor decisions while under the influence of alcohol. The pattern and frequency of alcohol abuse are high enough for it to cause danger to the drinker and those around them. Frequent and uncontrolled alcohol abuse leads to problem drinking. Problem drinking is when a person starts to experience the impacts of their drinking habits, such as depression, anxiety, and sleep problems. While alcohol abuse is problematic either way, ‘problem drinking’ may mean that someone feels sick from heavy drinking, but enjoys the effects too much to care.

Here, alcohol use comes in the form of obsessive drinking. A person may be involved in legal issues, such as driving under the influence. They may experience serious health issues such as impaired liver function, or sexually transmitted diseases. People also often experience paranoia during this phase.

At the crisis point of end-stage alcoholism, everyone is aware of the effects of drinking on a person and there is a complete loss of control over their alcohol consumption. A person may feel that they must drink, as their body will need the presence of alcohol to feel normal. When a person does not consume alcohol, they will experience intense cravings. Now that dependence is set in, it will be more difficult to stop drinking due to withdrawal symptoms.

Withdrawal symptoms include emotional signs such as depression, emotional pain or anxiety, and physically feeling ill or not sleeping. Negative feelings that are associated with alcohol withdrawal generally come from two sources. A lesser activation of the reward system in the brain’s basal ganglia means that a person will have more difficulty experiencing everyday pleasures. At the same time, the brain’s stress systems will be activated, making a person drink to avoid feeling low, instead of to achieve feeling high.

Alcohol use may occur all day by this late stage, and priorities will have changed. Most responsibilities and hobbies are left or adjusted to facilitate drinking as the most important aspect of a person’s life. Sadness and worry that may have come about from job loss or financial stress could make the situation even worse.

Even though some may be able to maintain their life during this phase, they are more likely to have liver damage or suffer other alcohol-related illnesses.

Treatment for Alcohol Abuse and Addiction 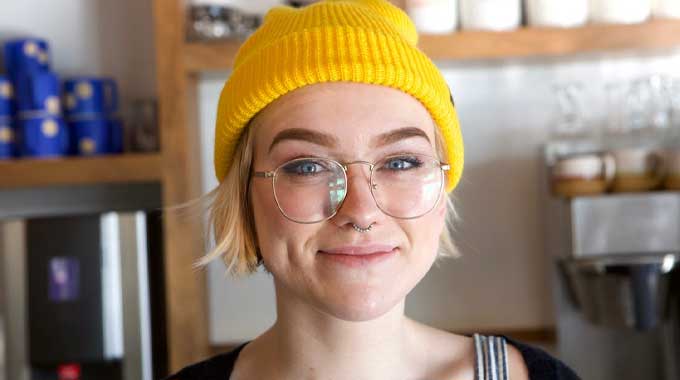 Although it may be very difficult, it is never too late to confront a drinking problem and seek help. It is also never too early. Addiction treatment for substance abuse is readily available, and alcohol rehab can help someone live a sober, healthy life.

The treatment process usually first involves a detox. This is when the body gets rid of a substance and its toxins. Addiction professionals agree that attempting to do an at-home detox is never advisable. This is because a person may experience withdrawal symptoms that could be dangerous if they attempt to quit cold turkey.

Alcohol causes so many effects on the body. Early withdrawal symptoms can include nausea, headaches, anxiety, shaking or irritability, muscle cramps, rapid heart rates, disorientation, fever, hypertension, or slurred speech. But more severe withdrawal symptoms include hallucinations, seizures, and delirium tremens. Even though only some people with alcohol withdrawal experience delirium tremens, those that do run the risk of death. The state includes severe hyperactivity and an altered mental state, which could lead to cardiovascular collapse.

That is why medical treatment may be necessary when undergoing detox. A professional treatment provider can give medical and emotional support as a person undergoes withdrawal.

Addressing an alcohol addiction often requires a mental health professional for the psychological aspects of it. That is why an addiction treatment process involves various types of therapy after someone has undergone detox. Usually, mental health services aid in treating any mental illness or mental disorders that may co-exist with a substance use disorder.

Individual therapy, usually in the form of cognitive behavioral therapy, gives a person skills and tools to cope with life after treatment, as well as address underlying causes for substance abuse. This therapy addresses mental health, by self-analysis which may help a person to identify the reasons for starting an addiction, and guidance from a therapist will teach a person ways to respond to triggers that might prompt them to drink again.

Addiction treatment also includes group therapy and support groups. Here, a person interacts with others who have similar challenges or difficulties. This provides a peer support community, which is very helpful during recovery and in preventing relapse after treatment.

Where Can I Find a Treatment Center? 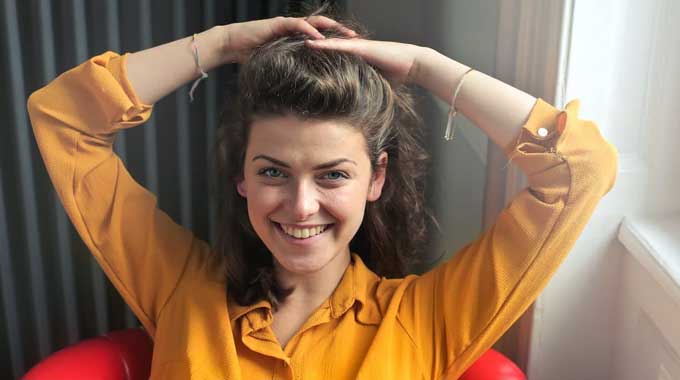 If you or a loved one is seeking addiction treatment, Crossroads Antigua is here to help. We understand that alcohol use can be difficult to address and that the process of recovery is individual.

That is why treatment plans can be designed to fit your needs. Experienced professionals are here to help you on your road to recovery. The serene setting of our world-class treatment facility can give you the best chance to start healing today.