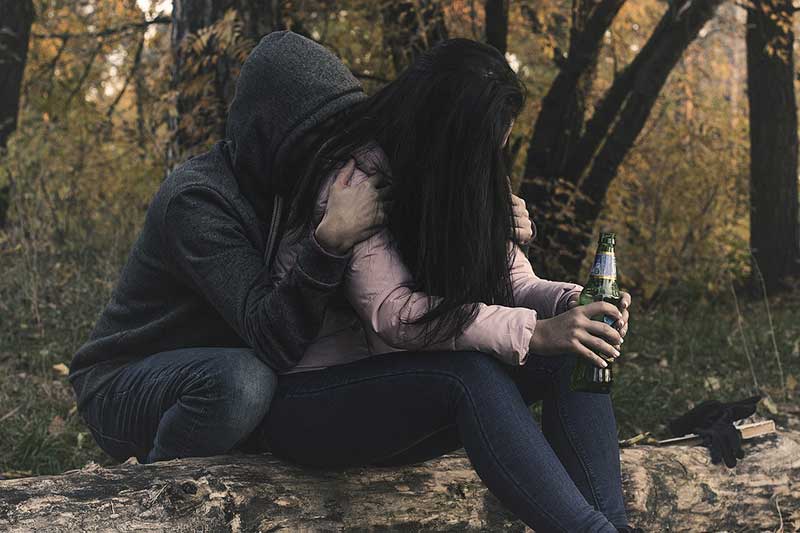 10 Signs You Can’t Control Your Drinking

Alcohol is a popular drink all over the world, but it can also be addictive. Too much alcohol can be harmful, but how much is too much? Here are ten signs that your drinking habits are out of control, and how addiction specialists like Crossroads Antigua can help.

Drinking is widely popular across the country, with the majority of people having at least tied alcohol once. Although the minimum legal drinking age is twenty-one, the 2019 National Survey on Drug Use and Health (NSDUH) reported that over 85 percent of people over the age of eighteen had tried alcohol at least once.

Many people like to have a beer or a glass of wine at the end of a stressful day, in order to help unwind. Regular alcohol consumption is relatively high, with the 2019 NSDUH showing that almost 55% of American adults drank alcohol in the past month. 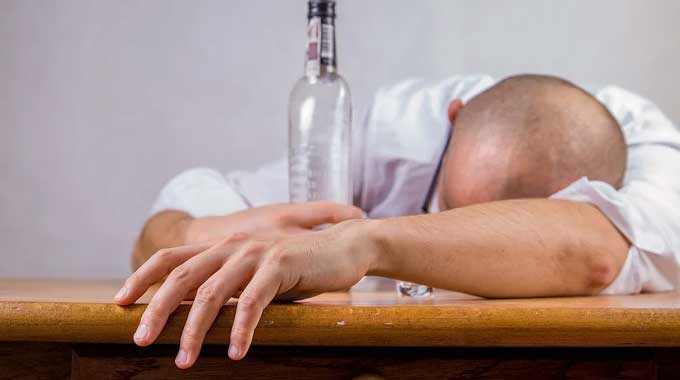 What Is Alcohol Use Disorder?

Alcohol use disorder (AUD) is a condition characterized by the reduced ability to control one’s consumption of alcohol, regardless of any negative effects it may be having. The Diagnostic and Statistical Manual V (DSM-5) helps define the condition and provides criteria for a diagnosis. Alcohol abuse affects the brain over time, making it harder to quit drinking.

Alcohol use disorder covers a lot of previously used terms, including alcoholism, and is divided into three levels; mild, moderate, and severe. While it is unknown exactly what causes AUD, there are several risk factors.

Most addictive disorders have similar criteria for a diagnosis, and often there are multiple substance use issues involved simultaneously. Substance abuse and alcohol abuse frequently go hand in hand, although mixing alcohol and drugs can be very dangerous.

There are a number of mental disorders which can contribute to alcohol dependence. One example is bipolar disorder. Many people who suffer from this condition use alcohol to manage stress or to relieve some of the strain on their mental health. In the long run, this can be very counterproductive, as too much alcohol can actually increase the symptoms of depression.

A family history of alcohol or substance abuse can also be an indicator of a future alcohol use disorder, although the exact mechanisms are not yet well understood.

According to the National Institute on Alcohol Abuse and Alcoholism (NIAAA), nearly 15 million Americans over the age of twelve had alcohol use disorder in 2019. This represents over 5 percent of the population (over twelve years old) who suffer from AUD, yet less than 10 percent of those people received any treatment for it in the previous year.

What Are Some Withdrawal Symptoms?

Alcohol withdrawal can involve some very unpleasant symptoms. In some extreme circumstances, alcohol withdrawal may even be life-threatening, although proper care and treatment can help mitigate and avoid these dangers.

Some of the main withdrawal symptoms include:

In more severe cases, people may even experience hallucinations during their alcohol withdrawal, as well as something called delirium tremens. Delirium tremens involves the sudden onset of extreme confusion, hallucinations, and delusions. It should be considered a serious medical emergency and the person should be taken to the hospital for medical treatment. Benzodiazepines are often used to help treat delirium tremens.

The NIAAA reported in 2019 that over a quarter of American adults reported binge drinking in the past month. It is estimated that about three-quarters of the national economic burden of alcohol comes from binge drinking. 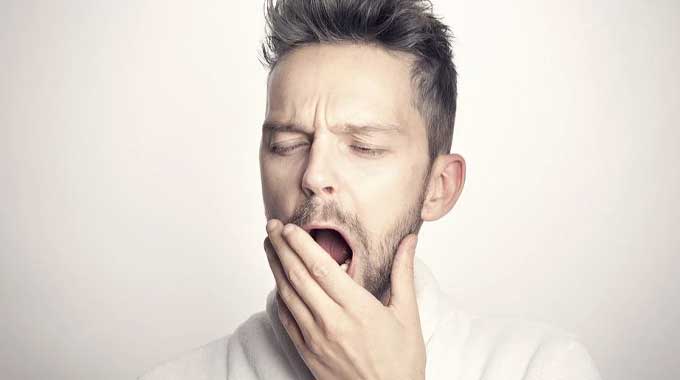 Signs You Can’t Control Your Drinking

Having a drink after work or with friends on the weekend is a common cultural pastime that helps people relax and socialize. For most, this is ok and it does not impair them in any way. But how can you tell when your drinking is out of getting out of control? Here are ten warning signs that you may be developing an alcohol addiction:

People who drink alcohol frequently may start to notice that the amount they usually drink no longer has the same effect. Their regular beer at the end of the day no longer takes the edge off, and they will need more alcohol to achieve that same effect. This tolerance can keep building, leading to them drinking too much.

Another warning sign of an alcohol problem is drinking more than you wanted or intended. It may be that you have built up a tolerance and accidentally drink too much as a result. In other cases, heavy drinkers may find that once they start drinking they cannot regulate how much alcohol they consume.

Most people who drink tend to prefer either beer or wine. Beer especially is popular, in part due to being relatively weak and therefore easy to manage. One sign of alcohol abuse is the replacement of these drinks with stronger kinds, usually spirits. Replacing a glass of beer with a bottle of malt liquor or vodka, for example, can quickly lead to drinking too much.

Binge drinking is much easier with hard liquor than it is with beer, as it is so much stronger. It can also be more easily mixed with sweet drinks like cola or fruit juice to make it more palatable.

Missing out on Work or School Commitments

Once someone’s alcohol use starts to impact upon their work or school life, this is another indicator of problem drinking. This could be in the form of calling in sick due to being hungover or to keep drinking. You may also miss important deadlines or fail assignments due to spending so much time drinking.

Another clear indicator of a drinking problem is the inability to quit. Some people may already be worried about their alcohol consumption and have tried quitting or cutting down, only to find themselves falling back into the same drinking patterns.

This failure to gain control over one’s own alcohol intake can be dispiriting. The mental health impact of making unsuccessful attempts to quit drinking can actually push people to drink more, in order to overcome the emotional distress.

It is important to note that each attempt represents a positive step toward change, rather than a personal failure. Alcohol addiction is not easy to overcome alone, but with the right help it can be done.

Withdrawal Symptoms When You Try to Stop

The existence of alcohol dependence is an important aspect of alcohol use disorders and is also one of the diagnostic criteria in the DSM-5. You might find you have the shakes or feel nauseous when you try to stop drinking.

Often, people will continue to drink just to avoid withdrawal symptoms, which further entrenches the habit. These symptoms can be very unpleasant, so it is understandable why people want to avoid them. The good news is that most treatment programs will include help with mitigating or even avoiding some of them entirely.

Social Problems as a Result of Drinking

It can be difficult to maintain social relationships when drinking excessively. Friends or family members might become upset, or being affecting in negative ways by a loved one’s drinking problem. People might feel cut off or abandoned in favor of alcohol and may feel hurt if you do not stop drinking at their request.

Some people also end up lying to their loved ones in order to facilitate or conceal their drinking. Not only does this get harder and harder to manage, but the impact of those lies can be very damaging to established social relationships.

Alcohol abuse can also lead to more antisocial behavior, which can cause problems. This might involve increased aggression and fights, and the decrease in inhibitions can also lead to unprotected sex. The social dynamic can be altered quickly and strongly due to drinking too much.

The negative consequences of drinking too much can be overwhelming, and so some people will cut off social contact in order to avoid them. It might be deliberate, such as turning down invitations or canceling previously agreed social commitments to avoid arguments or so that people do not ask uncomfortable questions.

Sometimes people don’t even realize that they are isolating themselves in order to drink and cover up their social anxiety with other reasons at the moment. The loss of social contact is one of the trickier alcohol-related problems, as it is hard to measure and it helps sustain the problem drinking.

It might start with missing someone’s birthday and end up with being socially ostracized. This can contribute to poor mental health, which in turn leads to more drinking. This cycle can be broken by reaching out to someone and trying to speak without judgment or fear. Offering and accepting help from those around you is a crucial step toward curbing excessive alcohol use.

Many people with alcohol use disorders report constant cravings for alcohol and will spend an increasing amount of time acquiring and drinking it. Wanting to drink at inappropriate or unconventional times, such as first thing in the morning, is an important warning sign.

A preoccupation with alcohol, to the point that you are thinking about it all day, can also indicate possible alcohol problems.

Drinking in Situations When It Is Dangerous

Drinking alcohol affects the brain, and can impair balance, coordination, and judgment. This makes doing things like driving while under the influence very dangerous.

Data from the U.S. Department of Transportation (DOT) shows that over 10,000 people died in 2019 as a result of alcohol-impaired driving. This means that drink driving accounts for 28 percent of overall driving fatalities.

How to Get Help 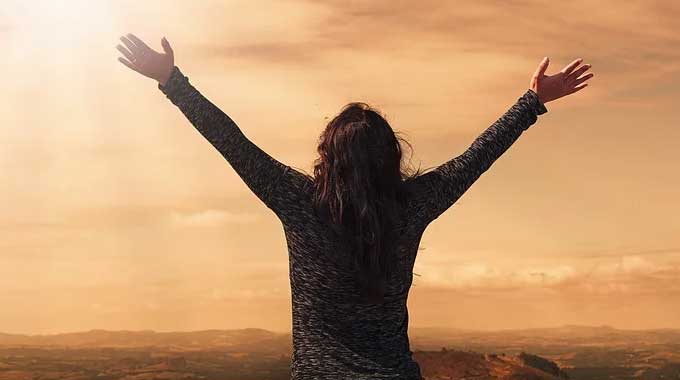 If you are worried that you or a loved one is struggling to control their drinking, then the first thing to do is to speak with someone about it. Reaching out to a family member or doctor about your alcohol problems. A doctor can also help catch any health problems that might arise as a result of alcohol abuse and alcoholism, such as liver disease.

Consulting a mental health professional can be easier for some, as they are able to give impartial, nonjudgmental advice while maintaining strict confidentiality.

Crossroads Antigua can kickstart the process of regaining control. Our alcohol treatment programs often involve the use of therapy, such as cognitive behavioral therapy (CBT). CBT can help tackle the underlying causes and motivations behind the AUD, as well as provide strategies and tools to manage the cravings.

Support groups are another useful aspect of treatment. Being able to share your experience with people who are going through something similar can shine a light on how much alcohol affects your life. Attending a support group or group therapy also provides the opportunity to help someone else, which can help improve the chances of lasting recovery for everyone involved.

Crossroads Antigua offers a variety of options, tailored to your individual needs. We treat alcohol and substance-related issues, as well as offer complementary therapies to help improve overall well-being. We take a holistic approach to wellness, and provide services from nutritional counseling to fitness training.

Our continuing care can help with sober living options, and our Alumni Coordinator will provide guidance and assistance, even after you have completed the treatment program. From detox to counseling, Crossroads Antigua can provide everything you need to get on the road to recovery.